BlackjackClassroom > Blog > How Many Times Can You Split in Blackjack?

How Many Times Can You Split in Blackjack? 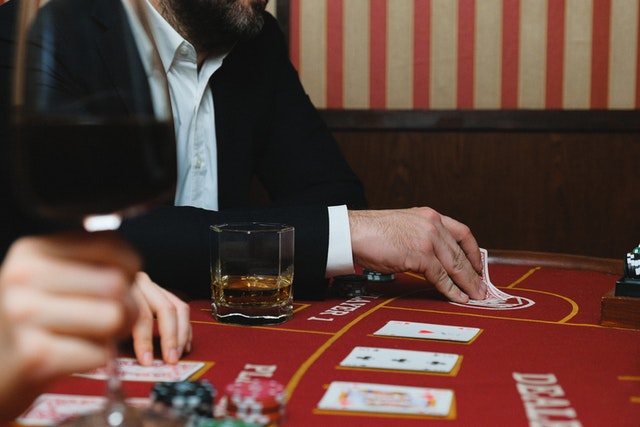 Many passionate blackjack players develop unique strategies to boost their winning odds. However, one rule we would like to highlight is playing aggressively if the dealer’s hand appears weak.

One of the best ways to do that is to split the hand. Splitting in blackjack has become a popular tool players use to maximize their hand’s potential and beat the dealer. That way, you’ll double your hands and have better chances of winning.

Of course, as with any strategy, you should rely on specific rules and guidelines to avoid making the wrong decision. Read more about this strategy and learn when splitting in blackjack is the best choice you can make.

Blackjack Split: What It Means and When to Do It

Splitting in blackjack is a popular strategy used by players to increase their winning odds. However, you can’t split any two cards you get — it must be a pair of cards with the same value.

As you know, an ace in blackjack can pass as one or eleven, depending on the number you need at the time. Simultaneously, all face cards have a value of ten. So, getting an ace and a face card or a ten is blackjack (21).

However, if you get a pair of cards and aren’t satisfied with their overall value, you can split them and get extra cards to play as new hands. Sometimes, you should choose to split — especially when you have aces or eights. On the other hand, you should keep the hand if you have a pair of fours, fives, or tens.

Sometimes, you’ll have to base your decision on the dealer’s upcard. If they have a potentially strong hand, you should avoid splitting.

When to Split in Blackjack?

The basic blackjack rule states that a player can split a hand if the cards have the same value. For instance, you can split a pair of aces or a ten and a face card (they are worth the same). Of course, it doesn’t necessarily mean you should always split a pair when you have it. In some cases, it’s best to keep the hand as is to avoid busting.

Remember that splitting never guarantees a win — it can only increase your chances of having a stronger hand than the dealer.

However, when you want to split a pair, you must place an extra wager equal to the initial one. Therefore, you should also pay attention to your bankroll when deciding whether to split or not.

When to Split Pairs?

Over the years, players have learned to maximize their winning odds by splitting cards and found that some pairs have more value when split. Although it can be challenging, you should always split particular pairs. Check them out below:

If you get two aces, split them, regardless of the dealer’s upcard. Splitting gives you a chance for a solid next hand. If you play your hand with two aces, you’re starting with 12, and you must get a nine to win. On the other hand, if you split them, you’ll only need a ten or a face card to get 21 for either hand.

Getting a good hand with two eights is difficult because you’re starting with a 16. It’s not a strong hand, and hitting with this value is risky.

Re-split eights or aces if you get a second pair

If you’ve already split a pair of aces or eights and you get another ace or eight, treat the new pair as a separate hand and split it. However, remember that you’ll have to triple your initial wager. Most blackjack variants will let you split up to three times.

Rules of Splitting in Blackjack

Blackjack’s rules and strategies have been adapted throughout the years. As a result, we have different game variants, each with its own rulebook. So, before you start thinking about whether to split or not, familiarize yourself with the specific rules of the game you’re playing.

However, you should follow some basic rules of splitting in blackjack to understand the concept better and increase the winning odds. Check them out below:

Learning when to split or not can be overwhelming and requires practice. The easiest thing to remember is always to split aces and eights and keep fours, fives, and tens. Other instances require more focus and experience, especially when the decision depends on the dealer’s upcard.

Thankfully, many platforms have created simple-to-follow charts that serve as a reference while you’re playing blackjack online. Of course, you cannot use them in a land-based casino. In that case, you’ll have to memorize them.

Remember, charts can only help you learn the basic rules of splitting. Every decision you make afterward depends entirely on you. So, work hard to create a personal strategy and use the charts to maximize the winning potential when splitting the pairs.

When Splitting Depends on the Dealer’s Hand

By now, you understand when splitting is good or not. Split aces and eights, never split tens, face cards, and fives — as simple as that. Sometimes, you’ll have to look at the dealer’s upcard before deciding whether to split or not. Here are the most common scenarios when splitting depends on the dealer’s hand:

When a dealer’s upcard is a seven or lower, split twos, threes, or sevens

You have a greater chance of getting a strong hand if you split these cards. However, take the hit if a dealer shows an eight or higher.

If a dealer shows two through six, split your sixes

Mathematically, you’re more likely to beat the dealer’s weak hand if you split the sixes. However, if he has a stronger upcard, avoid splitting.

If a dealer shows a two through six, eight, or nine, and you have a pair of nines, split them

If they have a seven, ten, or ace, instead of hitting, stand.

When to split pairs in blackjack?

Blackjack enthusiasts follow several rules when it comes to splitting pairs. For instance, aces and eights should always be split, as they offer more options to have a win next hand. On the other hand, you should never split tens, as they create an excellent hand together. Sometimes, separating the pairs depends on the dealer’s upcard.

When to split aces and eights in blackjack?

You should always split if you have a pair of aces or eights. It’s one of the main elements of a successful blackjack strategy. Separating these pairs will increase your chances of having a solid next hand, meaning you can beat the dealer and win the bet.

What is doubling down in blackjack?

Simply put, when you choose to double down in blackjack, you match your previous bet with another and get an additional card. Although increasing your bet mid-hand is risky, it boosts your potential payout. Of course, you should only double down if you think you have a strong hand.

When to double down?

Doubling down is entirely your decision, and you can do it whenever you feel like you should. However, doubling down usually happens in several instances. For example, double your bet when your cards equal 11 when you have a hard 9 or 10, or in moments where you’re showing soft 16, 17, or 18.

As you gain more experience, it will become easier to know when to double down and when to skip it. Until then, follow these examples, and you should be good.

When not to double down?

While doubling down can increase your payout, it can lead to an even greater loss. So, if the dealer has an ace or if you have a card that’s higher than 11, you shouldn’t double down. However, remember that you might not be allowed to double down after splitting. It’s a rule most casinos follow, so pay attention to your cards and make the right call.